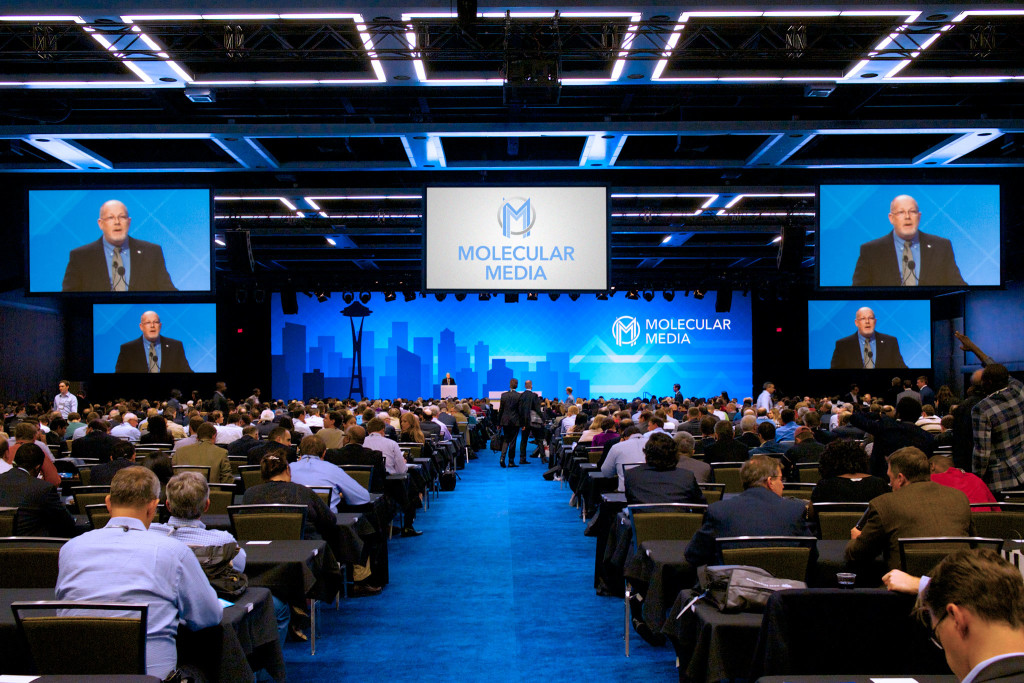 The Molecular Media Team has just returned from a successful corporate event for over 2000 attendees.

Starting a full week before the event, the Molecular Team arrived in Seattle to load-in more than 10 tons of gear. The priority being the 80′ x 20′ main stage screen, and the five supporting screens floating above the audience in the general session. In addition to the 2000 attendee general session, the event also ran 6 concurrent sessions with 300 attendees, and each recording video and audio.

Along with size, the event was heavy on recording and broadcast technology. The entire event was broadcast live to the internet through a portal, as well as three other locations inside the convention center. An external lounge was created in the exhibit hall to feature each main stage presentation. The time spent planning, diagraming and prepping the gear, certainly paid off.

Congratulations to our team on another successful event.